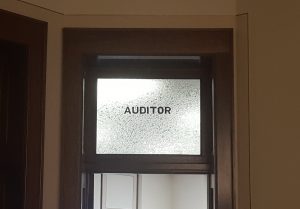 Orange City, Iowa — When Iowa voters vote in the upcoming November election, several new provisions will be in effect.

We talked to Ryan Dokter, who along with being the Sioux County Auditor is also the President of the Iowa State Association of County Auditors, and he tells us about some of the important changes.

That voter registration deadline for the November election will be October 18th, but as Dokter says, you can register another way. He says absentee voting has changed as well.

So, for this election, here are the dates:

Absentee voting in person and the mail-out of absentee ballots can start on October 13th. People were able to request an absentee ballot as early as August 24th, and that continues. The last day your Auditor’s office can mail out ballots is October 18th.

Dokter says that postmarks will now have no effect on whether your completed mailed-in absentee ballot will be counted or not.

The auditor tells us that there are also several changes to the way county election officials handle several aspects of the election. One of those is that county auditors can no longer set up satellite voting sites at their discretion. He says any satellite voting sites now have to be requested by petition. He says this is not a provision that affects Sioux County at this time, but it does affect some of the larger counties in the state. He also says that willful violation of the election law by election officials is now a class D felony offense.