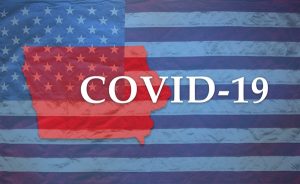 Northwest Iowa — There were 72 more positive COVID test results in the four northwesternmost Iowa counties this week than there were last week, according to the Iowa Department of Public Health.

Three more people lost their lives to COVID-related causes in the last seven days. They were two people in Sioux County and one person in Lyon County. Sioux County’s total is now 80. Lyon’s is 45. Osceola and O’Brien remain at 20 and 63, respectively.